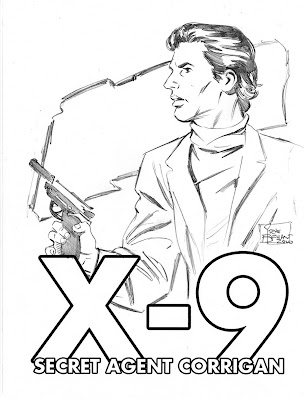 Here are the pencils to my Al Williamson Twart (the inks were posted today at ComicTwart).
Posted by Steve Bryant at 10:09 AM